With the death of first-generation leaders like Elizabeth Cady Stanton (1902) and Susan B. Anthony (1906), the suffrage movement entered a period of stagnation. Organizations like the National Association Opposed to Woman Suffrage formed. Its leaders came from the same classes as the leaders of the suffrage movement. The pro-suffrage groups claimed that the anti-suffrage groups were under the thumb of alcohol interests.

Enter Alice Paul, an inspiring leader and a brilliant organizer. Paul favored the more militant tactics of the suffragettes in England. She also had a knack for organizing large events that drew attention to the movement. In 1913, she and Lucy Burns revived the Congressional Committee of the NAWSA. They successfully planned a huge suffrage parade in Washington, D.C. on the day before Woodrow Wilson’s inauguration. Marchers were attacked by a mob, and the police did not protect them. This gave the movement national publicity and a great deal of sympathy. 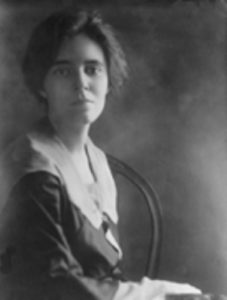 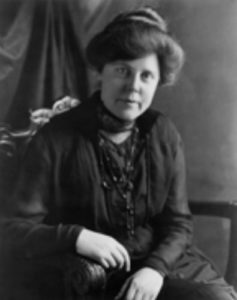 Paul and Burns formed a separate organization, the Congressional Union (CU), later in 1913. The group leaders tried to soften Paul’s approach, but she didn’t cooperate and lost her leadership position. The CU sent organizers to western states where women could vote in 1914. They tried to persuade them to vote against the Democratic candidates. Half of these Democratic candidates lost. Soon after, woman suffrage was reintroduced in Congress for the first time in twenty years.

Paul founded the National Woman’s Party (NWP) in 1916. That year the NWP continued the tactic of organizing against Democrats in the western states. The National American Woman Suffrage Association led by Carrie Chapman Catt opposed this tactic, instead lobbying politicians to gain their support. 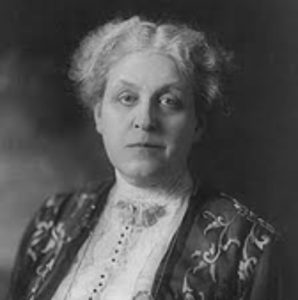 Featured image: A group of Minnesota Suffragists with their banners at suffrage headquarters, in the winter of 1917.