In 1922, women were able to run for office. In 1923, four women reached the Minnesota State Legislature. After this success, however, few women followed in their footsteps. Numbers did not increase significantly until the 1980s. The 2019-2020 legislature includes sixty-four women, down from a peak of seventy-one in 2007-2008. The Minnesota House and Senate together have 201 seats. In Minnesota, women have never held half the seats in the legislature, but they do make up half of the population. 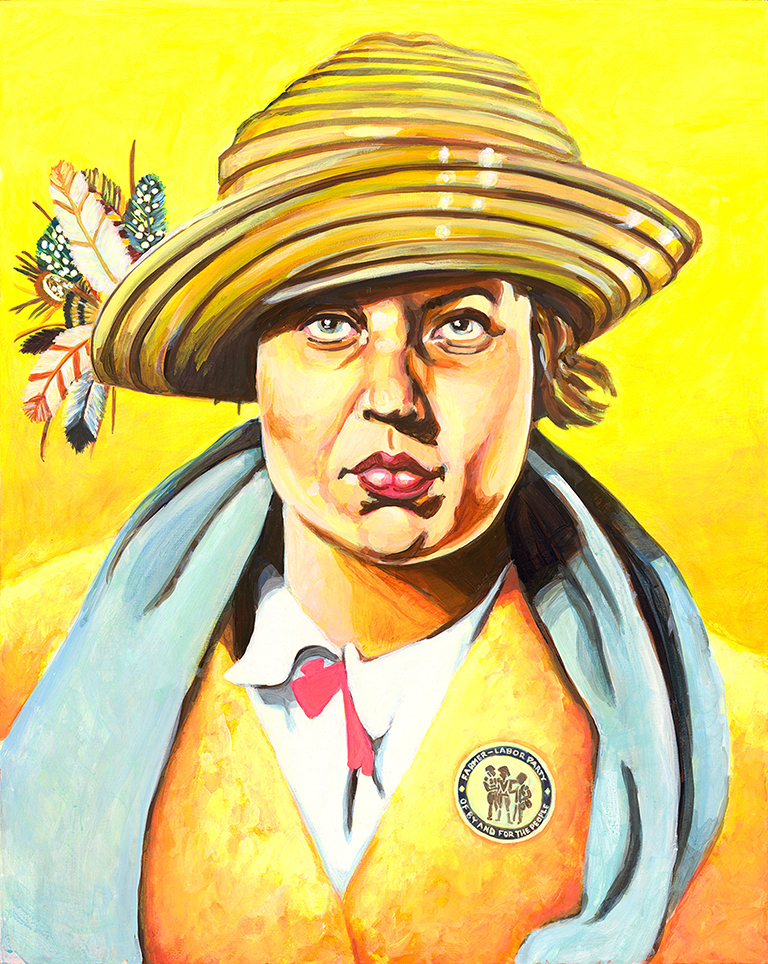 Myrtle Cain (1894-1980) was one of the first four women elected to the Minnesota State Legislature. She worked actively for suffrage, and then, equal rights for women and rights for women in the trades. She served one term in the Minnesota House of Representatives. During that term, she wrote a successful Minnesota anti-Klan law. She introduced a Women’s Bill of Rights and legislation promoted by the National Woman’s Party, which did not pass.

Myrtle Cain (1894-1980) was one of the first four women elected to the Minnesota State Legislature.

When Cain took her seat in the Minnesota House, she was dubbed the “Flapper Legislator” by the press. Governor Theodore Christiansen, who served with Cain in the legislature, however, characterized her as “a quiet and painstaking worker who shunned the limelight consistently.” She was defeated in her reelection bid by nine votes but remained politically active. In 1926, she and three other representatives from the NWP lobbied President Coolidge in favor of a federal equal rights amendment.

Cain was president of the Women’s Trade Union of Minneapolis and led a strike with the Telephone Operators Union in 1918. Toward the end of her life, she worked on Eugene McCarthy’s staff in Minnesota. McCarthy was a key sponsor of the Equal Rights Amendment proposed in 1970. Some people noticed the similarity between the Equal Rights Amendment and the original proposal Cain made in Minnesota.

The Equal Rights Amendment, written by Suffragist Alice Paul and Crystal Eastman, was first introduced in Congress in 1923. It was introduced in every session of Congress between 1923 and 1972. It has yet to be ratified as an amendment to the US Constitution. In 1970, when the ERA had been passed by Congress and sent to the states, reporters interviewed Cain, who said, “It’s most important to eliminate discrimination in the law. So many states discriminate against women on the basis of common law that it would take several lifetimes to take the cases on one at a time.”

In 1973, the Minnesota House and Senate voted to ratify the Equal Rights Amendment. As Minnesota became the twenty-sixth state to ratify ERA, Cain was there as a special guest of the legislature. She called the opposition’s claim that it needed more time to study the possible side effects “ridiculous.” Senator Allan Spear (DFL) pointed out that Cain had first introduced the bill in the house in 1923. He challenged the senators who wanted to postpone action to “look Myrtle Cain in the eye and tell her we haven’t had enough time to study it.”

Myrtle Cain: It’s most important to eliminate discrimination in the law.

There was a strong push nationwide to ratify the ERA between 1972 and 1982. Congress passed the amendment in 1972, and it was sent to the states for ratification. Three-fourths (thirty-eight) states needed to ratify the amendment. Unlike other proposed constitutional amendments, the ERA included a deadline of March 22, 1979, for states to consider ratification. Only thirty-five states ratified the ERA. The amendment has been reintroduced into Congress every year since 1982.

It still has not been enacted.